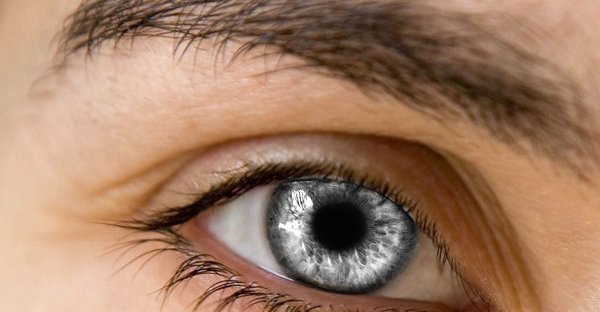 The note was slipped into her sleeve during a routine medical examination with Dr. Thomas. She read it in her room, blood pounding in her ears.

“Finished hack. Tracers will be neutralized when time comes. Confirm if ready to go ahead. Need all kids on board.

He’d called them kids. Not subjects. Somehow, that gave her strength. Mercury’s mercury-coated nanites rose to the surface of her skin – as detestable to her as ever, but more and more under her control. They dissolved the paper without a trace, and then she focused, reaching out with her mind until she could just sense the only nanites that weren’t in this room with her. She focused, praying and hoping that no one else would see them before he came in the next morning.

It was hard to tell, but she was pretty sure she’d managed to form the puddle into a crude checkmark. The plan was in motion; now it was time to work on her part.

Mercury looked between Brock, Lyra, and Shannon – the ones she trusted most, and so the ones she went to first. They had found a spot to hide during the city hologram mission, briefly assured by Brock that they couldn’t be seen. “That’s the plan. Do you think you can do your part?”

Shannon hemmed and hawed, her usual mask of confidence wavering. “I don’t know, Merc… leave the Facility? How will we even… what if we can’t survive out there?” she asked, voice growing small.

Mercury almost grabbed her hand, turning it into a fist at the last moment. “No! That’s the Director’s lies talking. We can do this! If we can just get out of the Facility, I know we can make it to the place I told you about.” She looked around at Brock and Lyra. They were all so young, but then… so was she. Even if she felt like she’d aged ten years. “I believe we can do this. I’ve… I’ve got a feeling.” She could feel her cheeks burning, but it was said now.

Lyra gave her a significant look. They’d had more than one quiet conversation between the walls. Lyra’s mouth pinched, her fingers tapped on a trash can, and then… a strange, whispery sound, speaking from the movements of her hand. “Gggooodddd eeeennnnnoooouuuuggghhhh fffoorrr mmmeeee.” The other three smiled encouragingly as the mute girl struggled to form the words in an alien voice like wind and rustling paper. “IIIII aammm iiiinnn.”

Brock nodded sharply. “That’s good enough for me, too!”

Mercury managed not to laugh, but her heart rose higher than it had in two years. They’d have plenty of time to work on idioms soon. She would do her best to make sure of it.

Mikey clutched the table, feeling as if the world was going to spin out from under his feet. “Leave? You… really think we can… leave?”

The black-haired girl who’d given them names nodded as she ate her dinner, her expression carefully neutral. But she spoke urgently, with certainty. “If he can get everything together. Brock’s agreed to help short the circuits. Lyra will handle communicating between the cells. But we need everyone to be ready for this, or we’ll never succeed.”

The unsteadiness in his legs grew worse, and Mikey sat down hard. “Lyra’s going?” he asked distantly.

“Mikey.” Mercury leaned forward just slightly, her silver eyes boring into him. Pleading with him. “If we get out,” she whispered, “maybe we can finally find out who you all really are.”

That was a low trick, this final temptation. Mikey met her gaze, his own face hardening. “Don’t make promises you can’t keep,” he warned quietly.

“I’m not promising it’ll happen.” Mercury swallowed, looking down. Her fingers fiddled with her fork. “But if there’s a way… I promise you, Mikey. We’ll try to find it. I’ll try.”

She was offering everything he wanted most in the world, and that made him want to back away. Getting his hopes that high would only mean a more devastating crash when it all fell apart.

But Lyra was going. She wouldn’t be talked out of something she’d set her mind to, and he wouldn’t abandon her.

And maybe… maybe he would find what had been lost down that dark hole in his mind.

The note that was dropped in Mercury’s hand by a flash of light went unread until bedtime, when she carefully unfolded it beneath her covers. “SOURCE HAS FIRST CARD,” Shannon’s scratchy scrawl read. “WILL LET KNOW WHEN HAS SECOND.”

Mercury crushed the note in her hand, letting her mercury nanites dissolve it into fragments. It was time to have the conversation she’d been putting off the longest. She clenched her eyes shut, praying under her breath. “Please, God… please…”

Dirk clenched his fists till they creaked, using his fury to hide his fear. “You’re all crazy!” he snarled. “We’ll never make it! It’s all a trick, some kind of test!”

Mercury stood rigid, facing slightly away from him, keeping up the façade of indifference for the cameras. “It’s not,” she said, low, fierce. Dirk had never heard her sound fierce before. “We can do this. We HAVE to try. I am not living the rest of my life as, as livestock, and you can’t, either.” Her eyes turned to him then, silver discs penetrating his soul. “Please, Dirk. We need everyone on board. We’re going to be free.” A pause, then her final, quiet plea, “Please, Dirk. Trust us.”

Dirk searched her face, his heart a pounding drum. He couldn’t believe what he was considering saying to this girl he’d hated the sight of a year ago, to help a group of kids he’d never gotten along with. A group he’d found himself growing a bit more able to tolerate in the past few months.

A group he suddenly feared badly might leave him all alone.

He could stop all of this. Tell the Director. They wouldn’t even be surprised; he’d ratted on them before. They didn’t trust him; he wasn’t really one of them. They couldn’t leave without him…

But the thought of crushing that hope Mercury offered – the hope that she was clinging to so fiercely – made him sick to his stomach. When had that happened?

Finally, his shoulders slumped. “…Fine. I’ll… I’ll try, okay?” He closed his eyes, breathing deeply through his nose before growling, “But you had better be right, or we’re all going to wish we were dead.”

Mercury put a hand on his arm and squeezed, a smile on her face. It caused a strange flutter in Dirk’s chest. “We’re going to make it. You’ll see.”

Doctor Thomas’s face told her everything as he passed her cell. He had the second keycard. They only needed the third. Mercury’s heart felt ready to explode, but she couldn’t let it show. They were so close, but they had to be patient, or it would all go wrong. Just a little longer…

“I’m going to be sick,” Shannon whispered over the secret airwaves of their nightly bedtime conversation. “What if he can’t get the keycard? What if they catch us?”

“Don’t even say that,” Mikey replied, his voice strained. “Focus on your tests and your training, act like nothing’s wrong. We can’t lose hope now.”

“Yeah!” Brock said with false bravado, his wide eyes gleaming in the dim nighttime lights. “We’re gonna make it! We’re like a superhero team, and they always make it out of trouble!”

“Sure, Brock,” Shannon replied, trying to sound positive. “So long as we stick together, we’ve got this.”

“You’d better stick together. If any of you chicken out now, I’m ratting on every one of you,” Dirk threatened.

Mercury managed a grin, staring up at the ceiling from her bed. “That’s about the most encouraging thing you’ve ever said to us, Dirk.” A round of weak chuckles and an embarrassed snort met her ears.

A musical lullaby began to play. Lyra was rapping her knuckles against her bedframe, turning the clangs into notes, and everyone fell silent as the music sang them to uneasy sleep.

A cheerful little butterfly/mouse creature flitted through the dividing walls, lighting on Mercury’s bedframe. It performed a somersault, three times. Mercury smiled, and any camera operators watching must think she was smiling at the creature’s antics. They wouldn’t recognize the signal. Who would suspect a shy little six-year-old of being clever enough to send signals?

Fear made her heart trip, and she wondered for the millionth time if this was all a mistake. She’d worked so hard to keep up a positive attitude for the others, but… surely someone must have caught on to their plans! Something had to go wrong! Maybe they were all being strung along, having their hopes built up only to be crushed for good at the last second. It wasn’t hard to imagine; the need to escape had grown into an almost physical pain in her chest. What if it would simply be better to give up now and wait for a better chance?

“Trust in the Lord with all your heart…”

No. She hadn’t had faith last time and look where she’d landed herself. Now was the time. Time to see if she could have faith when it really counted.

The kids lay in their bunks, feigning sleep. No clandestine conversations tonight; only anxious waiting. The final chance to turn back had come. And they would need all their power to resist it.

A/N: Ohhhh we gettin’ there, ya’ll! This is the final connector between the recap chapters and the prologue; next time we see these kids, it’ll be in Part 2 to find out how they get out of that mess!

Yes, I know it’s so stereotypical to have the mean kid a little sweet on the heroine. I’m still debating with myself how that’ll play out. XD; I don’t typically do a lot of romance in my stories, so don’t get your hopes too high, dangit!!! WE WILL SEE!!!

One chapter left! BRACE YOURSELVES! And thanks for reading!

Jennifer Hilty is a 32-year-old Ohioan who enjoys writing about superheroes, magical armor, and aliens, often with elements of her Christian faith mixed in. She has a BA in Creative Writing & English from SNHU, a Certificate of Editing from UC, and never seems to have enough pets.